One City. One Culture.

Atlanta Influences Everything is an Atlanta-based civic-minded creative consultancy. Our focus is on preserving and amplifying the voices that make Atlanta an amazing and influential city.

A few years ago we released a t-shirt that read “Atlanta Includes Everybody”, to celebrate the openness and acceptance of our progressive city. At the time of launch, we did a small partnership with the Pride community to release the tee, with plans to do something every year around the same time.

Now that the city is more open and moving past Covid restrictions, we are re-releasing the “Atlanta Includes Everybody” tee with the “One City. One Culture.” (OCOC) campaign.
The OCOC campaign will feature notable people from the LGBTQ+ community photographed in the tee. The OCOC campaign will also feature events during the month- long Pride celebration in October, featuring yoga, DJs and event photo shoots.

Part of the money generated by this campaign will be donated to our partner organization for the betterment of the LGBTQ+ community. 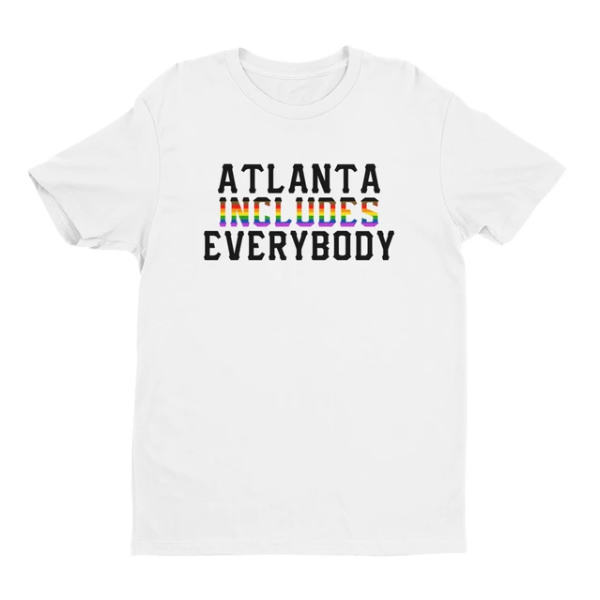