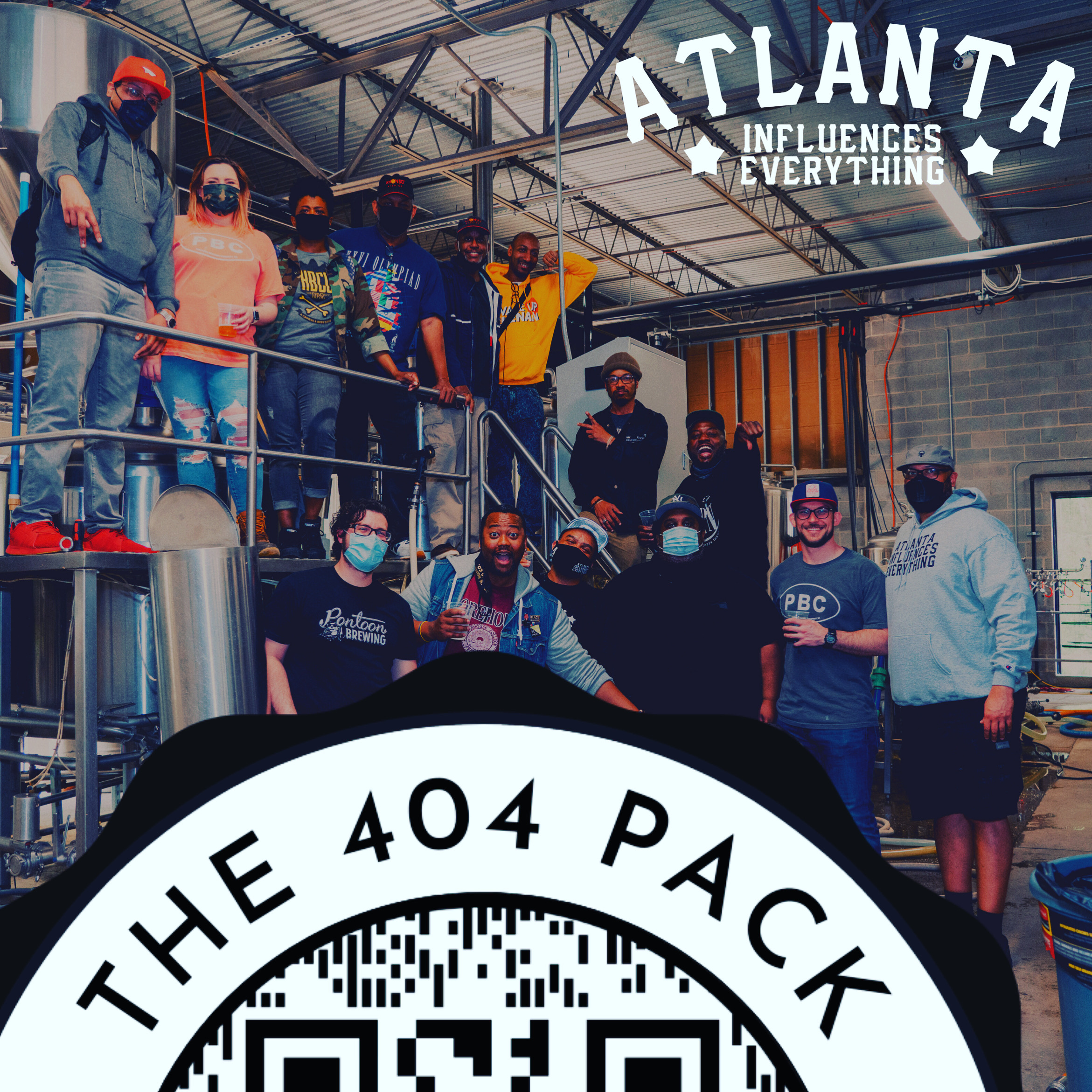 May 17, 2021, Atlanta, GEORGIA — Atlanta Influences Everything and Pontoon Brewing collaborate to deliver four beers in 2021 with the aim of setting a benchmark for Cultural Appreciation. The “404 Pack” mixed four pack will feature four beer styles, four Atlanta visual artists, and every Black Owned Brewery in the city. The beers will drop individually throughout the year, starting in May, culminating in the mixed 4-pack just in time for the holiday season.

50% of the proceeds will be benefiting AIE’s upcoming “Careers of Tomorrow” program which aims to encourage young people in the Atlanta Public School System to explore the new careers emerging from the growth of the internet and social media.

The collaboration is part of the Brewing Conversations series, a community building arm of Pontoon Brewing. Founder and CEO, Sean O’Keefe, and his team, continue to flex their authentic desire to engage, elevate, and empower voices that were once stifled. Through their partnership with The Atlanta Podcast, Pontoon has been able to connect and create collaboration beers with a litany of notable Black and Brown movers and shakers.

“Pontoon’s sincerity, candidness, and visible effort is a VIVID example to the Craft Beer Community of how to properly appreciate our diverse cultures and leverage their access to create tangible outcomes for Black and Brown people and brands. That’s the whole reason we agreed to the collab!” – Bem Joiner, Founder, Atlanta Influences Everything.

This is exemplified in Pontoon encouraging the inclusion of the three Black-owned breweries in Atlanta to participate in the project. Down Home Brewing will partner for the Lager, Khonso Brewing for the IPA, and Atlantucky Brewing for the Stout. “When AIE came to me about concerns the community had about their partnership with Pontoon over the black owned breweries in our area, we thought it was the perfect opportunity to have them jump into the collaboration,” said O’Keefe. “We are honored to join forces with Down Home, Khonso and Atlantucky to make some magic happen.”

The artistic presentation of the brews being just as important as the beer itself, AIE has engaged famed Atlanta artists Tuki Carter, Debbi Snax, Zipporah Joe’l, and George F. Baker III. Look for the labels to become murals in metro locations which are currently being identified. If you own a high-visibility wall please reach out to AIE.

Lemon Pepper Wet is the first in line of the “404 Pack” and will be released at Pontoon Brewing on Saturday May 22, 2021. When the AIE and Pontoon Brewing team came together in the fall of 2020 to discuss this partnership, they wanted to spearhead the project with something that screamed Atlanta, insert Lemon Pepper Wet.

Socially-responsible launch events will begin in May and will be announced via our social media platforms. Please follow AIE and Pontoon Brewing for more updates.

This collaboration is important to Atlanta and the Craft Beer Community because it is creating a positive example of Cultural Appreciation, Diversity, Equity, and Inclusion. The Craft Beer Industry has been plagued by sexist marketing, cultural appropriation, sexual harassment, and overt racism. Most recently, Boulevard Brewing, Kansas City, MO, has been embroiled in a sexual harassment scandal involving a pregnant employee, at the time.